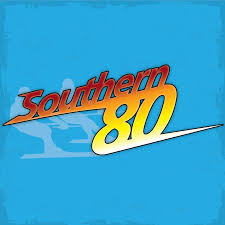 One thing’s for sure; water-lovers gravitate to the region all year round. However, despite year-round popularity, it’s The Southern 80 Water Ski Race that truly showcases and celebrates the essence of the Murray River.

The Early Days of The Southern 80 Water Ski Race

Way back in 1964, Echuca hosted its first water ski marathon event. In its heyday, the marathon was an exhausting long distance race, but in 1965 it was split into two races; the Murray Ski Marathon, and the shorter 100-mile race.

However, the Moama Water Sports Club wasn’t formed until 1974, so the race didn’t officially become the Southern 80 Ski Trial until 1975. In the event’s first ‘official’ year of competition, 47 teams entered to compete in the annual event.

As time went on, the race got more competitive. In 1981, 103 teams took part in the race, and the finishing times started to get harder and harder to beat.

The race is held each year on the Murray River between Torrumbarry and Echuca on the second weekend in February. Attracting up to 400 boating enthusiasts from across Australia, New Zealand, the UK and the US. The event also brings in roughly 100,000 spectators who marvel not only at the beautiful, natural surrounds, but also the skill and endurance that’s showcased in the world’s most popular water ski race.

Growing from a simple race into a world-class festival/sporting event, the race has really helped put Echuca on the map.

Want to get involved in the event or have a go at hitting the water yourself during the busy summer period? Grab your water ski gear from Mac’s Waterski World today!

Prev post: Introducing Your Kids To Water Sports
Next post: The Perfect ‘Water’ Getaway for the Easter Long Weekend